From modern to colonial, today’s houses are built in a wide variety of architectural styles. Understanding the architectural trends of the 20th and 21st centuries makes choosing an aesthetic for your new home a much easier process.

In this blog post, we’ll look at five of the most popular architectural styles of the 19th, 20th and 21st century, examine the different characteristics and benefits of each style and help you make an architectural decision for your new home.

One of the most important aspects of contemporary architecture is its effort to join interiors and exterior environments together. Contemporary homes tend to feature large windows and glass doors that link indoor spaces with the outside world.

As well as a focus on indoor-outdoor living, contemporary homes feature open-plan interiors and lots of spacious rooms. They heavily use renewable materials in order to create a living space that’s cutting edge yet very environmentally friendly.

Large glass windows, open living areas and a new focus on simple but timeless art and design defined 20th century modern architecture. This period in architecture lasted from the post-war boom until the early 1980s.

20th century modern homes feature a focus on natural light, large glass doors and windows, open living spaces and use of steel and plywood materials. Modern for their time period, they share many characteristics with contemporary design.

A favourite of today’s large homes, Greek Revival architecture combines the unique characteristics of ancient Greek buildings with the living features of homes common to the mid-19th century.

Although the Greek revival architectural style first appeared in the West during the mid-19th century, it’s become a favourite of large country homes today. Features of this style include large columns, white plaster walls and many embellishments.

Although considered garish in cities, Greek revival houses can look fantastic in open spaces and the countryside. Due to the strong stylistic features of the Greek revival style, it’s an architectural choice best suited to large, stately homes.

Also known as American Midwest architecture, the Prairie architectural style was developed in the 20th century under the guidance of Frank Lloyd Wright. It focuses on creating a comfortable, functional house without needless design flourishes.

Architects occasionally call the Prairie style “organic” architecture, since it’s built around the idea that homes should look as if they naturally belong to the site they are built on.

Mediterranean style is influenced by – you guessed it – the Mediterranean countries of Italy, Spain and Greece. This unique style was highly popular in the United States during the interwar era and regained much of its popularity in the mid-1960s.

The Mediterranean style blends together the architectural features unique to Italy, Greece, Spain and Northern Africa into one style. Due to its warm colour scheme, it was most commonly used in warm regions such as California and Florida.

Although it’s far more common in the United States than in Britain, there are some examples of Mediterranean home architecture in the UK. Like Greek Revival, this is one of several architectural styles best suited to large, expansive homes.

If you are carrying out any kind of DIY around the house you need ... 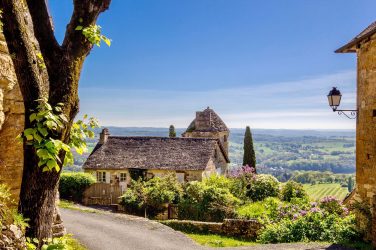 A city home or country retreat? Here’s how to decide between them

When you have the chance to choose between city and country living, it can ... 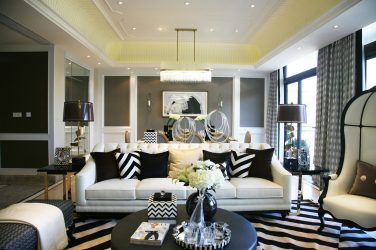 When it comes to selling our homes, we all want a good price and ...