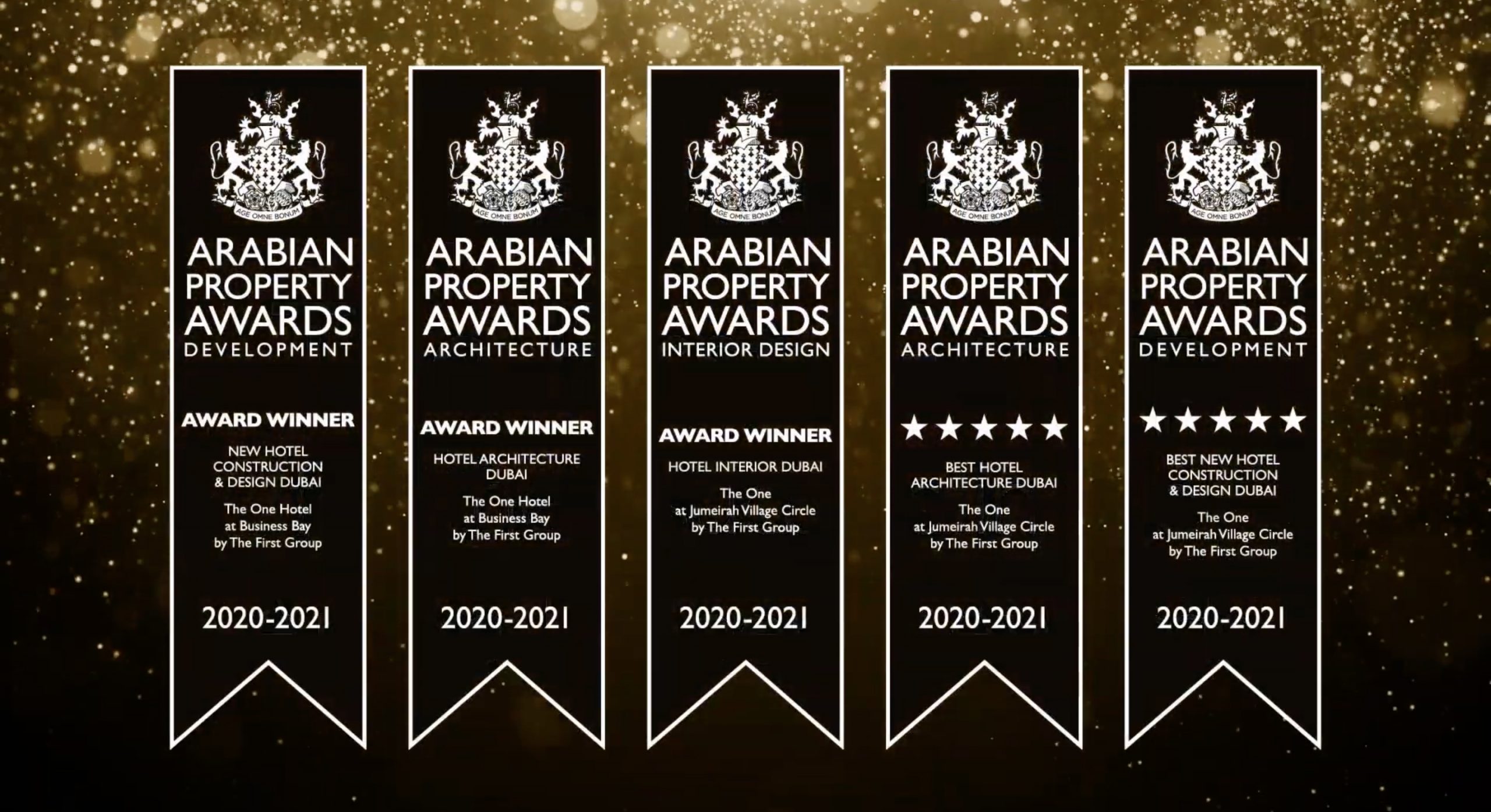 The First Group, Dubai’s leading developer, celebrated another strong performance at the 2020-2021 Arabian Property Awards. Two of the company’s upcoming projects – The One Hotel at Business Bay and The One at Jumeirah Village Circle – claimed five major awards.

The One Hotel at Business Bay is centrally located, comprising 492 guestrooms. Upon completion, it will operate as Millennium Place Business Bay. It received awards in the ‘New Hotel Construction & Design – Dubai’ and ‘Hotel Architecture – Dubai’ categories.

The One Hotel at Jumeirah Village Circle is a stylish 491-guestroom complex that, upon completion, will operate as part of the world-famous Ramada Plaza brand. The property was recognised in three categories at the awards ceremony: ‘Hotel Interior’, ‘Hotel Architecture’, and ‘New Hotel Construction & Design’.

Both properties will provide a comprehensive collection of premium guest services and amenities. The projects set new standards in upper midscale hotel design within Dubai, appealing to both business and leisure travellers alike.

As the Middle East’s largest and most respected construction awards programme, the Arabian Property Awards is dedicated to recognising excellence in the region’s booming commercial property industry. The First Group’s outstanding accomplishments were recognised at a virtual awards ceremony in November 2020, with the property developer also nominated for top regional honours against rival developers from across Africa and the Middle East. Regional winners progress to the International Property Awards, competing with the world’s most esteemed property developers for overall global honours.

As The First Group’s CEO, Rob Burns explained, after Ciel’s outstanding success, the company is hugely excited to receive recognition for The One Hotel at Business Bay and The One at Jumeirah Village Circle at the 2020-2021 Arabian Property Awards.

As a leading developer, The First Group strives to set new standards in architecture and interior design. It was indeed a great honour for the company to receive recognition from the Middle East’s most prestigious industry awards programme.

Judged by a panel of 80 highly respected independent experts, the Arabian Property Awards is chaired by Lord Waverley, Lord Best, The Earl of Liverpool, and Lord Caithness, all members of the UK Parliament. Winners are selected via analysis of a variety of different factors, including design, originality, service, quality, innovation and commitment to sustainability.

The First Group is one of the Middle East’s fastest-growing hotel developers, with a portfolio featuring numerous award-winning projects including, TRYP by Wyndham Dubai, Millennium Place Marina, and Wyndham Dubai Marina. Operational since 2005, The First Group has successfully completed a variety of different projects, including six luxury hotels and hotel apartments, nine restaurants and five residential properties, with a total of seven hotels currently under construction.

Modern Apartment Decor: How to Design Your Apartment to Be Unique 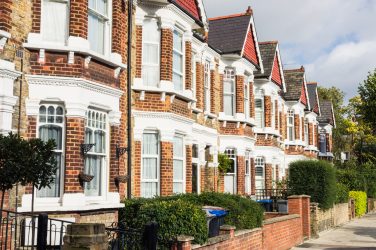 How to make your buy to let property appeal to tenants

There is currently a huge demand for rental property in the UK and rents ... 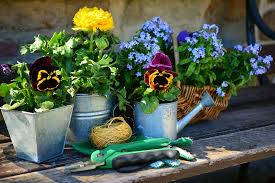 Four Things to Consider Before Starting A Gardening Business

Do you love landscaping, harvesting and planting? Is it your desire to establish a ... 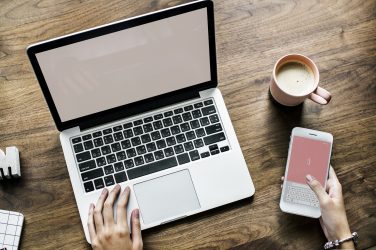 How to Market Flat-Pack Homes to a Discerning Audience

It seems as if everyone is looking to conserve a bit of money in ...